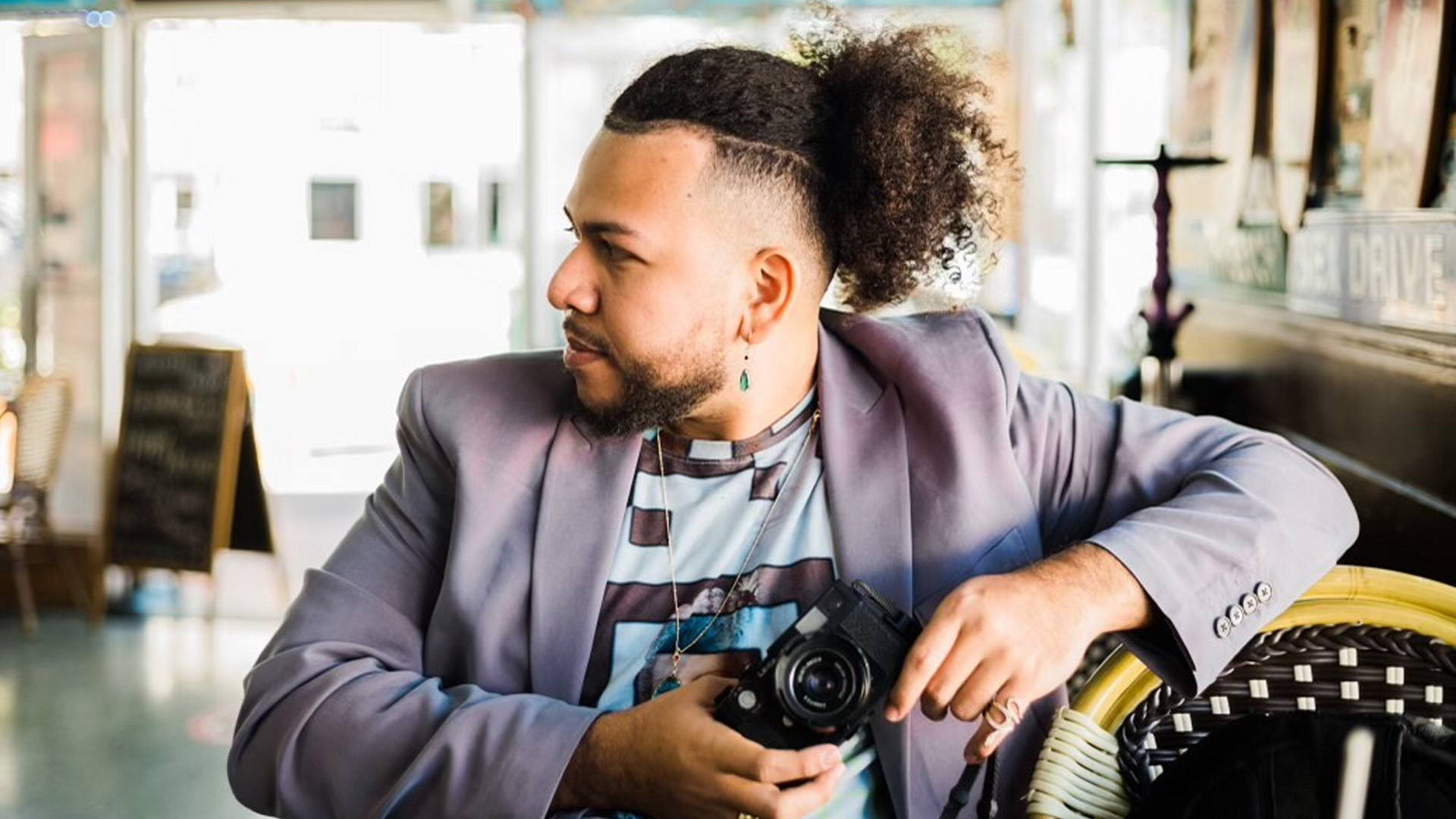 “For me photography is at the intersection of science and magic,” says Carlos Becerra. We met the self-described light artist over the summer when he opened an exhibit in Brooklyn for his 3D photography.

For a while now, his love of 3D photography has been rooted in the analog world, using a camera last made in 1971! (The Stereo Realist.) As he remembers it, “I got into analog 3D art five years ago when I went to MOMA and there was a Stephen Shore retrospective.

The display had a lot of landscapes and 8 x 10 photos. Tucked away in this one corner that I almost missed, though, was the thing that’d change how I see art. There were these little viewers. I stopped and circled back. Then I looked in and saw these crazy 3D stereoscopic images. It blew my mind and ever since then I’ve wanted to create on that level.”

The challenge now, though, is how to explore that love of 3D art with more people.

“We’re moving toward digital for art - whether we’re talking about AI-aided art, NFTs, etc,” Carlos tells us. “I think for me an important part of the shows I’ve done recently is to reclaim the physical interaction between the art and the audience.”

We’re obviously biased here at Leia because we agree. Our goal is to empower more creators – even help a new type of creator – to step up with imagery that translates into amazing 3D.

“Leia's use of AI to convert art is fascinating. I was really impressed with the fidelity of it - especially converting 2D video into 3D strictly from the AI,” says Carlos. “I have a 3D camcorder that Sony made about 10 years ago and it has an autostereoscopic screen and I’m looking forward to trying using that sort of footage on Leia devices. I’m sitting on a bunch of footage and I’m struggling with figuring out the best way to display it all to others and it’s looking like Leia’s tech might be it.”

The Colombia native, now living in Queens, NY, went a little deeper into how newer technology is helping evolve his creative process.

“I began with film although lately I have been exploring stereo photography with digital cameras and Leia's 3D conversion. I am very interested in exploring what I can do with stereo and how far I can push it.”

His biggest limitation with analog photography, “is that you can only show one person at a time. Each stereo slide is a unique artifact.”

Carlos’ biggest concern comes down to the ability to share. “It’s exciting to now be able to think of how I can bring my 3D photography to a broader audience. In that respect, Leia’s 3D Lightfield is groundbreaking. Although analog 3D photography is tangible, Leia replicates that feeling. The images translate a pure stereo feeling of depth and dimension that’s much easier to share.”

So, with this spirit of sharing in mind, we asked Carlos if he could provide some of his tips for creating content that’d translate into 3D works of art on Leia's Development Platform. Here are his top three tips for when you’re taking two images side-by-side.

TIP 1. First off, framing and composition are so important to maximize depth in a stereo image. Having a defined foreground, middleground and background are ideal, and oftentimes the best stereo images are the ones that have a through line between these dimensional elements.

‍TIP 2. Diagonal lines that lead "into the image" are your best friend and always add more perceived depth. Sometimes, framing your subject from a slightly different angle makes all the difference if you are creating more of those diagonals by doing so.

TIP 3. It is also important to take into consideration the fact that you are actually making two separate images simultaneously. In other words, there is always going to be some sort of shift between the left and right images. Whenever I have elements close to the lenses of my camera, I try to ensure that the lenses aren't obscured.

A good example of this is the photo of the graffiti through the fence. My main focus in this image were the words on the side of the shack that say "Making It Together." I framed it so that both lenses would "see" through the same opening of the fence so that you could read that clearly without any interference from the fence.

If you have some of your own 3D photography tips that you’d love to share, let us know! Tag us on Twitter,Insta and we can share your pro-tips with the world!