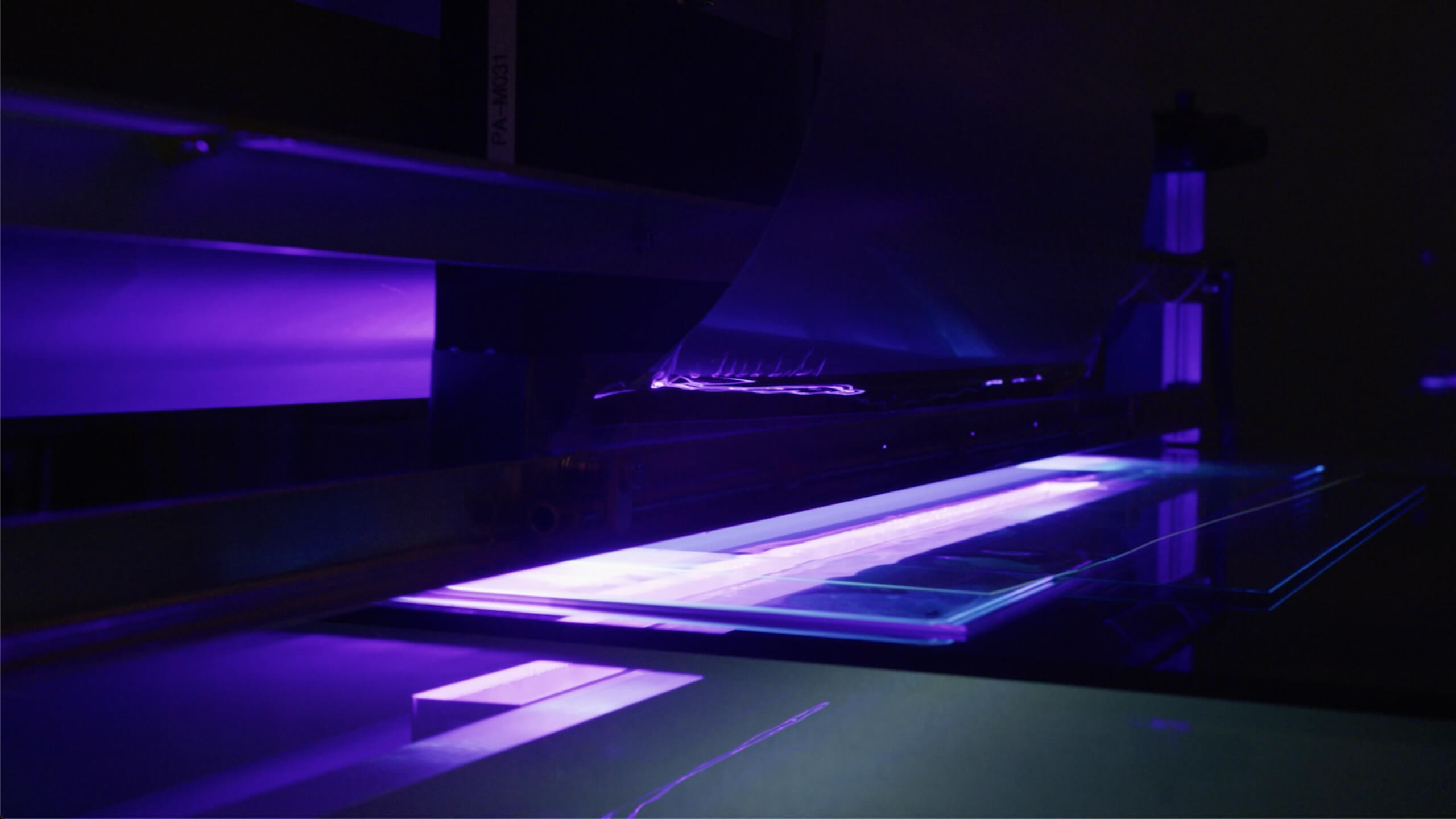 We talk a lot about our screens – these 3D portals that could be in your next smartphone, tablet, monitor, and more. It’s made possible through a combination of computer vision, software, and hardware. How do 3D Lightfield screens really work, though? How do they get made? And how did the tech even come into existence?

The “birth” of 3D Lightfield technology

As Sonny Vo, VP of Engineering at Leia tells it, back then, in HP’s Quantum Computing Labs, David Fattal (Leia Inc CEO) had done some work in theorizing about photonics optical communication. For us non-physicists, that’s harnessing light to transfer messages.

One day, the fire alarm went off. Not thinking about it, David got up and left the lab with a sample in-hand. “That sample,” Sonny remembers, “sparked the ‘a-ha!’ moment. As David walked outside, he was able to look at it and the sun's direction above scattering from the sample created the inverse reaction with photonics, shooting images of light into his eye at different angles.”

David took the same idea of projecting light into a sample and letting it send out as a message, and reversed it. What if you could send the information through a sample and push it out directionally towards your eye? From there the team realized, “if we designed that in an incredibly creative way, we could form a realistic image with depth and perspective that no other techniques could do,” Sonny adds.

This was a huge difference compared to 50+-year-old lenticular optical film or a blocking “parallax barrier” that sits between the display and the viewer. (You might’ve seen similar tech used in lenticular display photos or even an old handheld game system.)

To create a true 3D display experience, we need to be able to provide images with color uniformity, brightness, the ability to tightly control the number of views you want to send out to the user – all these functions are designed into our diffractive Lightfield backlight technology.

Leia’s nanotechnology layer sends light directionally out through nanostructures (1,000 times smaller than the thickness of human hair) that sit underneath the display. “We can tailor-make our nanostructure and then be able to have it send light out incredibly precisely to any point in space,” Sonny says.

The manufacturing magic behind Lightfield screens

Leia’s 3D screens aren’t nearly as forgiving as your typical 2D screens. Imprinting nanostructures over a very large area requires perfection – or the 3D effect falls apart. Our manufacturing process removes that. Sonny recalls, “At the beginning of 2020, we took our over five years of experience fabricating phone-sized Lightfield displays and within months locked the process to create larger, better panels. By June 2020, we were confident we could pull off what would become the Lume Pad – and saw so many other opportunities.

At any given time, we have new display prototypes that are at least a year ahead. So the screens featured at SID in May 2022 were already in our laboratory to be fine-tuned in 2021. That alone is an incredible engineering feat if we backtracked to how the Lume Pad was only released at the end of 2020. This rapid prototyping and product innovation cycle is Leia’s signature.

“Leia’s had experience working with nano-structures for more than a decade,” Sonny says. “Nanotechnology is very much in our backyard. We live and breathe it each day with our in-house semiconductor foundry line. It’s not really a question of if we can do it, it’s a matter of how we have industrialized the process.”

When you’re making tens of millions of units, you start to see a big difference. “We’ve developed IPs to address defectivity on-the-foundry-production-line to ensure we start off at 100% yield.” Zero defects, according to Sonny. “We’re talking mass production, precision nano-imprinting technology across large areas that are greater than the semiconductor 300mm limit. That’s insane when put into context.” This is all done through three facilities with the main production site in Silicon Valley where we do a lot of the original designs as well as the original master making.

In short, Sonny assures, “We have reached an extremely streamlined pipeline for mass production. From design and display to platform, we can give any device an extra dimension. So, once we zero in on a need from our partners, we can then ramp up and quickly manufacture at scale.”

Where to next? Sonny sees limitless production possibilities. “Leia’s technology can work on any type of screen – it is extremely versatile, flexible, and intelligent. It could be a small display on a watch, a phone, it could be curved to fit in dashboards, it could even be TV-sized. And each of these are potential windows into a whole other world: The Metaverse.”