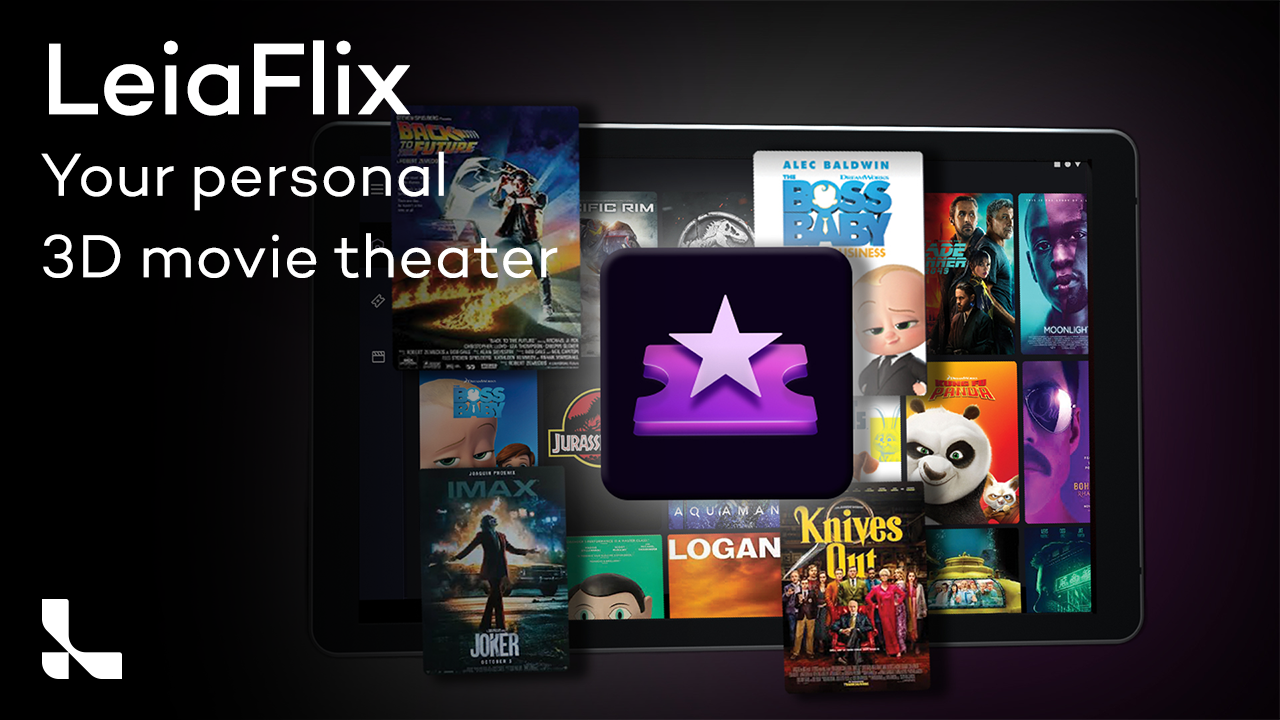 It was only a matter of time before we added a way to watch your favorite Hollywood blockbusters in 3D from the Lume Pad’s gorgeous 10.8-inch screen.

Upon starting LeiaFlix, select Universal and Warner Brothers films are now available to view in Lightfield and Stereoscopic 3D on the Lume Pad’s screen. As a way to ring in the holidays, new Lume Pad owners -- and those signing up to LeiaFlix for the first time -- will instantly be entitled to two movies in 3D that’ll be yours to enjoy.

“Out of the gate, we are starting with a few Universal and Warner Brothers movies that have already been remastered for 3D viewing including Jurassic Park, Gravity, and The Lego Movie. We are launching with a few movies now and there are most definitely more coming in the near future,” explains Director of Product Management Gabriel Wilensky.

“Optimizing movies for 3D display is a time-consuming part of the process and we are working with studio content to make it look as good as possible,” according to Wilensky.

But, Wilensky assures, all that work is worth it in the end. “Between launch and the first quarter, we anticipate to have more exciting features and many more movies available to watch in 3D on the Lume Pad.”

From the moment people first see the Lume Pad up close, one of the most frequent questions users ask: “What about studio movies?” LeiaFlix is our answer. Right now, you can rent a movie in 3D for streaming and viewing any time. Start, stop, or rewatch it as many times as you want to within 48 hours - we won’t judge.

Not sure what movies you want to start watching, first? Whether you want to search LeiaFlix’s growing 3D film catalog by Title, Director, Stars, or Genre, every selection is guaranteed to leap off your tablet’s screen.

Over time, we expect to add many more movies to the list - and features for the LeiaFlix app. We can’t wait to talk about what’s next.

For now, though, on with the show!